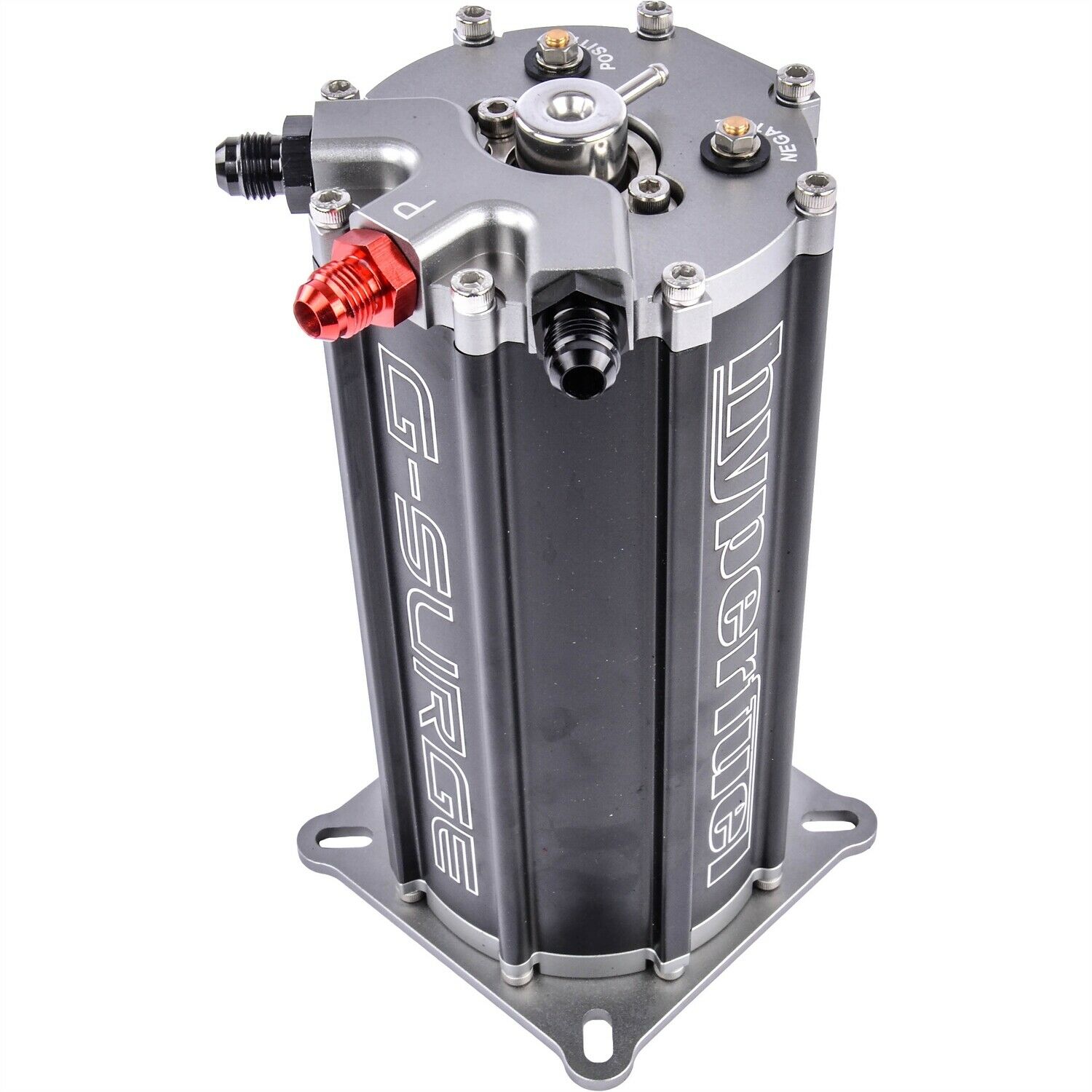 The MYH Single Pump G-Surge Tank is designed to be used in vehicles that have fuel starvation issues when being used in extreme lateral G-force environments. Typically, this is due to poor fuel tank baffling in the existing fuel tank. The G-Surge eliminates that problem. The pump in the G-Surge never gets uncovered because it receives a steady supply of fuel from your existing fuel system as well as the fuel returning from the fuel injection system. So your system maintains a constant flow of fuel. Since the G-surge is constantly circulating fuel to and from your tank, your fuel pump stays cooler and will have a longer life. The fuel pump noise is also muffled by being submerged in fuel 100% of the time. The G-surge is also the best way to provide the necessary increase in fuel volume when adding a power adder, such as boost or nitrous to your engine. 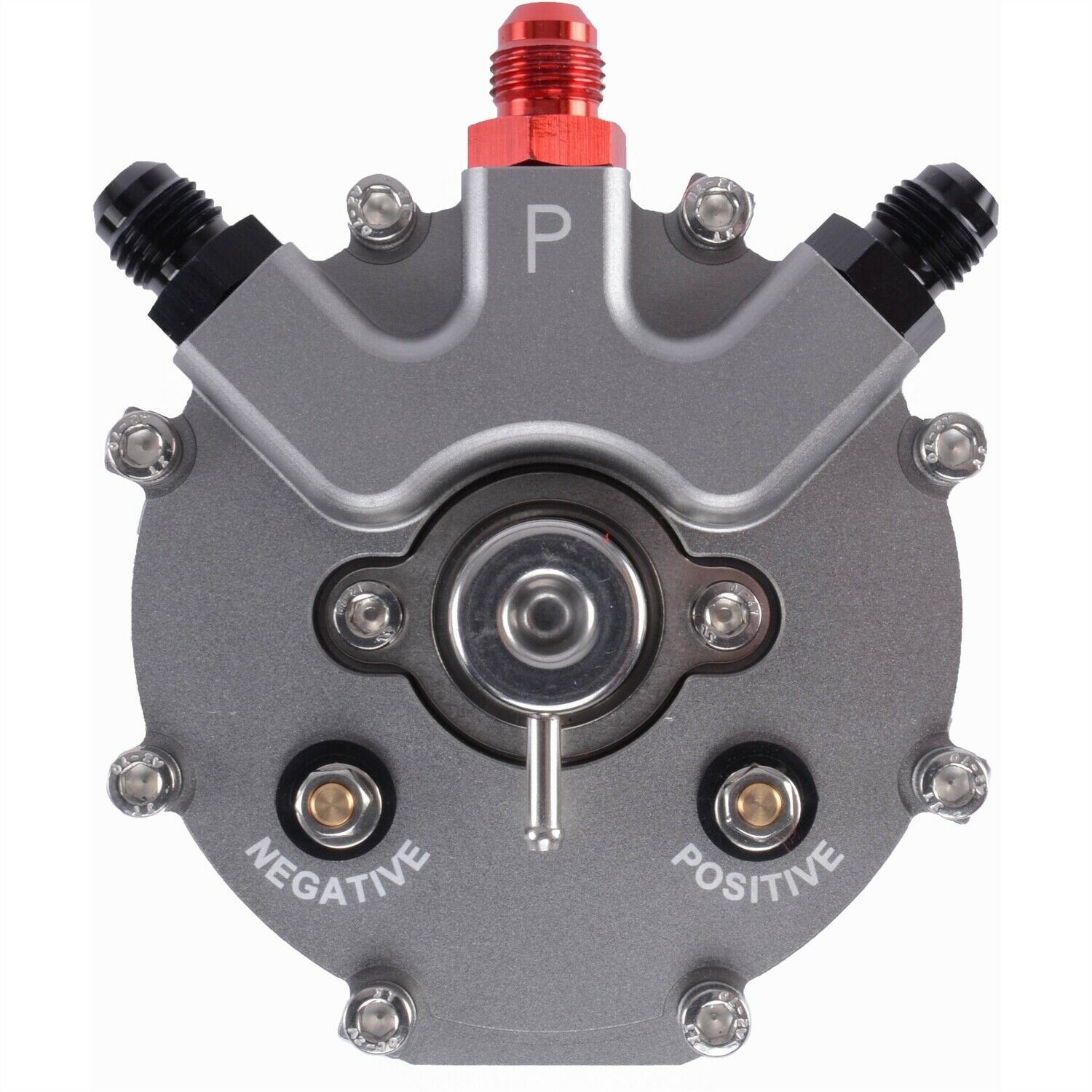 The MYH G-Surge tank is designed to prevent starving of the fuel pump by increasing the fueling capability of the system. It is typically installed in vehicles that potentially can experience fuel starvation due to fuel sloshing around in an inadequately baffled tank. While this can occur in any vehicle when the tank is not fully filled, it is more frequent in vehicles subject to violent changes in directions such as autocross, off-road, drag racing and other types of racing that involve high g-force. The G-Surge can be easily mounted under the hood and can be fed by the existing fuel system. It will maintain a 1.2 liter (1/3rd gallon) reservoir of fuel at all time to prevent starvation to the high pressure fuel pump. The G-Surge has either a single or double high volume 340 LPH fuel pump inside the module which feeds any EFI system and supplies enough fuel for 800 HP (single) or 1600 HP (dual) naturally aspirated. The Single Pump version is also available with a built-in fuel pressure regulator. It is pre-cisely machined from billet aluminum with a fitted o-ring seal on the top cover of the module and AN -06 fittings at the top.

* Able to be mounted horizontally or vertically

* Surge receives a steady supply of fuel on its way to, and returning from, the EFI head unit

The key words of this article:surge tank 40008