In order to better explain the working process of the VVT system, the following takes the intake VVT as an example to outline its three most basic working processes:


1. Reference position: The duty cycle of the PWM signal input to OCV is usually 0%, and the spool has not moved. The oil pressure of the right side oil chamber of the phaser is greater than the oil pressure of the left side oil chamber. The left side of the blade is close to the stator shoulder. There is no relative rotation between the rotor and the stator, and the timing of the camshaft relative to the crankshaft is not adjusted. Generally, the reference position of the intake VVT is the lag position of the intake valve phase, that is, the intake valve lags to open and close.


2. Working position: The duty cycle of the PWM signal input to the OCV gradually increases, and the spool moves to the farthest position. The pressure of the left oil chamber in the phaser gradually increases. After unlocking, when the pressure in the left oil chamber is greater than the right After the pressure in the side oil chamber and overcome the friction torque of the camshaft and the internal friction torque of the phaser, the rotor rotates clockwise relative to the stator, and the cam shaft is adjusted in the timing advance direction, that is, the intake valve will open and close in advance.


3. Stable position, also called control position: after the rotor rotates a certain angle clockwise relative to the stator, the duty cycle of the PWM signal input to the OCV is about 50%, the oil chambers on both sides of the phaser supply oil at the same time, and the rotor and the stator remain In that relative position. Usually after VVT intervention adjustment, most of the time work in a dynamic stable position of an angle. 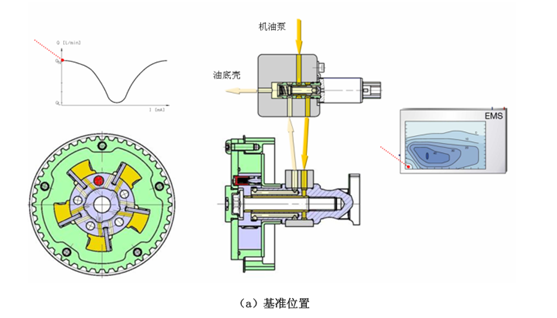 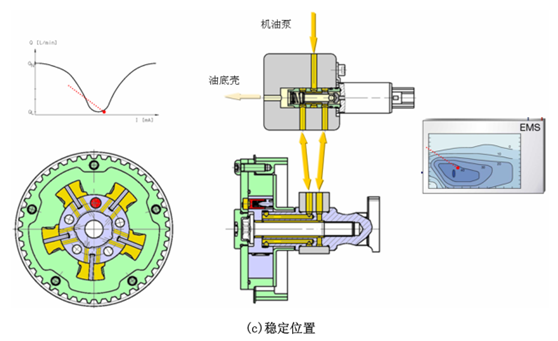 The ultimate goal of the VVT system is to achieve real-time adjustment and control of the camshaft timing. Like other control systems, its most critical technical characteristics are as follows:


(1) Response speed: that is, the adjustment speed of the VVT system. The VVT system can adjust the angle of the camshaft rotation per unit time. Among them, the structural parameters of the phaser itself have the greatest influence on this index, which can be measured by introducing a torque-pressure ratio parameter, which is only related to the structure of the phaser. In addition, the installation position of the OCV in the oil passage also has a great influence on the response speed of the VVT system.


(2) Control accuracy: the degree of agreement between the actual phase angle of the VVT system and the target angle set by the ECU. In the functional test of VVT system, it is usually characterized by following curve.


(3) Control stability: That is, the VVT system interferes with the system when the external conditions change (such as engine oil pressure, temperature and other conditions change), whether the closed-loop control system can work steadily, generally at a certain control position The fluctuation of the adjustment angle is measured.


In short, the above three indicators are closely connected with the phaser, the structure and performance of the OCV itself, the system installation method, and the control algorithm.